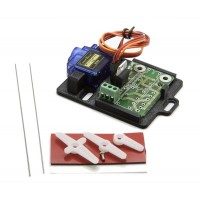 DiscontinuedThis product has been retired.  We no longer have the parts to make more, but if yo.. 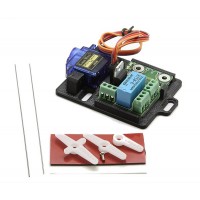 DiscontinuedThis product has been retired.  We no longer have the parts to make more, but if .. 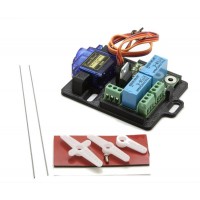 DiscontinuedThis product has been retired.  We no longer have the parts to make more, but if ..

In the real world, manual switches within signalled territory are protected by devices called “time locks”.Â  The purpose of these is to prevent a switch from being opened in the face of an approaching train.Â  When the conductor wants to open the switch, he unlocks it and starts the timer running (how this is done depends on the model of time lock).Â Â The time delay gives any train too close to stop – or sometimes too close to even see a restricting signal – time to safely pass over the switch before the points are changed.Â  It also triggers the signal system to display restricting aspects around the block, so trains that are further out are alerted to the presence of an open switch.

Once a programmed amount of time has passed, the timer indicates to the user that it has expired (often by a white or green light) and then releases a locking mechanism that allows the points to be moved manually. Â  (This is commonly done with a locking pin through the throwbar that is retracted, but there are other mechanisms.)

Time locks aren’t just a good idea – they’re required by law here in the US.Â  Under 49 CFR 236.207, either approach or time locking is required of manual switches in signalled territory.

Several people asked about the control panels we had on our demos at the St. Louis RPM meet.Â  They are easy to make, so I figured I’d share the process.Read More...

We will be at the St. Louis RPM Meet later in the week with several new products to demonstrate.Â  If you are there, please stop by and introduce yourself.Â  During that time, online orders may be delayed, but don’t worry – we will get to them as soon as we get back home.Â  As a preview, here is a video of the Interlocking In A Box prototype.Read More...