Show Time! Shipping of orders may be delayed July 22nd through August 1st. We will be attending the Spring Creek Model Trains train show July 24-25th and then the St. Louis RPM July 30-31st. Hope to see you there! 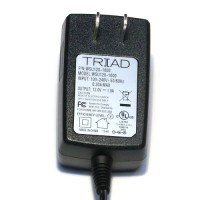 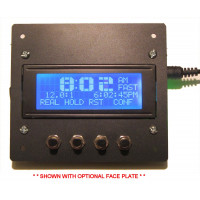 The idea of a clock that runs faster than real time to compensate for the compression in our model world is nothing new.Â  The idea has been with us since at least the 1960s.Â  It provides a way to schedule our operating sessions, providing a sense of real time passage and urgency without needing literally thousands of feet of track to represent the vast distances covered by our prototype railroads.Â  Aside from being a display on the wall, guiding operators’ train movements, fast clocks have remained an isolated system, our model world unaffected by the passage of scale time.Â  Think about all the things in our daily lives that are linked to the time of day and you’ll quickly realize how odd that is given all our other technological advancements, and how much potential is in that idea.Â  I believe fast clock integration is one of the huge, unexplored areas left in the hobby today for added realism.

While DCC is primarily meant to power and communicate with the trains on the tracks, there are circumstances where having some auxiliary power available would be nice without having to run an extra set of wires.Â  Maybe powering a remote turnout, an IR sensor, some animation or building lighting, or a fast clock secondary display?

Have you ever been in the middle of an operating session and disaster strikes?Â  A train derails, shorting out the DCC system, taking with it a power district, or even the entire layout. The problem is eventually fixed, but in the 5 minutes it took to restore things to the way they were, your fast clock kept ticking away. With a 3:1 ratio, all trains are nowÂ  suddenly 15 minutes late.

Looking to enhance your operations with a fast clock system?Â  Do you need multiple displays around the layout?Â  Do you want a configurable, yet easy to use system for your operators?Â  The Iowa Scaled Engineering Fast Clock system may be exactly what you need.